- This package is designed to improved economy in turbo diesel engines. By recalibrating the torque limits on the engine, at lower rpms you will benefit from additional performance plus improved economy. At higher rpms the software will encourage shifting up through the gearbox, to keep the engine running in its optimal window. This is a popular choice with large fleets where the extra mpg counts. On average this remap will save 8-15% (dependant on driving style) but with greatly enhanced driveability.

- This package offers a mix of power and economy in virtually all turbo diesel/petrol engines. It is designed to de-restrict the engine and open the true torque range. It offers a better driving experience while returning an improved fuel consumption figure. Parameters are carefully managed to optimise best burn times and achieve optimum in-cylinder pressures. Exhaust gas temperatures are kept within manufacturers guide lines.

-Designed to fully unleash the full potential of your engine. Red Performance maps can be installed on both petrol and diesel vehicles. Ideally used in situations where the extra power and torque is required for example moving extra heavy loads, running optimised acceleration, experiencing a wider torque window, or simply to enjoy your vehicle.

- an engine that responds more eagerly to your right foot

Superchips carefully matches increases in turbo boost pressure with the remapped ignition timing and fuelling. It doesn’t affect reliability or the life of the engine, and with over thirty years’ experience of enhancing the performance of turbocharged engines you have the knowledge that with Superchips your car is in safe hands.

Here too, Superchips deliver a smoother, enhanced drive by ensuring your remap matches the fuelling to the increases in boost pressure.

What Is a DPF

- A Diesel Particulate Filter or DPF is equipped on most modern diesel engines to remove particles from the exhaust gases. This is done to meet various emission standards. During general driving once 30-40% filter capactity has been reached the ECU alters the engine management to run higher exhaust gas temperatures. This higher exhaust gas temperature burns the particles and turns them into soot. This is known as the regeneration cycle.

- If the regeneration cycle doesn’t function properly it can lead to a build up of soot affecting performance and economy. If this build up is left unattended it will result in a blocked DPF which ultimately can cause damage to other engine components resulting in an expensive bill. A blocked DPF is also potentially dangerous as it can cause overheating in the exhaust causing a fire risk. The ECU on newer vehicles prevents this damage by making the vehicle enter Limp Mode, meaning the vehicle will have minimum power. The ECU will need to be reset, or have a forced regeration and often the DPF may need to be replaced resulting in costly repair bills.

From February 2014 the inspection of the exhaust system carried out during the MoT test will include a check for the presence of a DPF.

A missing DPF, where one was fitted when the vehicle was built, will result in an MoT failure. A vehicle might still pass the MoT visible smoke emissions test, which is primarily intended to identify vehicles that are in a very poor state of repair, whilst emitting illegal and harmful levels of fine exhaust particulate. It is an offence under the Road vehicles (Construction and Use) Regulations (Regulation 61a(3))1 to use a vehicle which has been modified in such a way that it no longer complies with the air pollutant emissions standards it was designed to meet.

Removal of a DPF will almost invariably contravene these requirements, making the vehicle illegal for road use. The potential penalties for failing to comply are fines of up to £1,000 for a car or £2,500 for a light goods vehicle. We therefore recommend DPF Removal for non road use.

A standalone ECU is a unit which completely replaces some/all the functions of the stock ECU. This includes complete control of ignition, fuel, and cam angle maps. Many other functions such as traction control, launch control, and more are also available on most standalone ECUs. The advantage of a standalone ECU is that it will offer complete control over engine parameters and offers the ability to customise your tune to a specific engine build. Additional sensors can also be added to your engine to allow for much more in-depth and accurate tuning compared to the ability of the stock ECU. Standalones are really the no compromise approach to engine tuning.

At KAP Tuning we have excellent knowledge in tuning standalone/aftermarket ECU's, specialising in Syveccs, OMEX, Megasquirt, Apexi and Emerald. 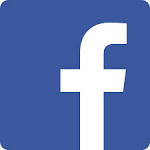